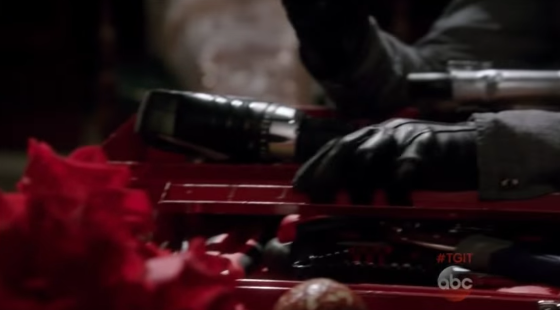 Torture is B613 and Huck's and favourite way of getting the information he needs from their victims.

Olivia reluctantly asks Huck for help finding Amanda Tanner's body. This isn't the type of thing he does anymore, as it nearly destroyed him. Nevertheless, Huck is not about to let Olivia down. He ambushes Charlie in his apartment. As much as he hates doing so, he reverts back to his old ways to torture the man into giving him the information he seeks. - "Crash and Burn" 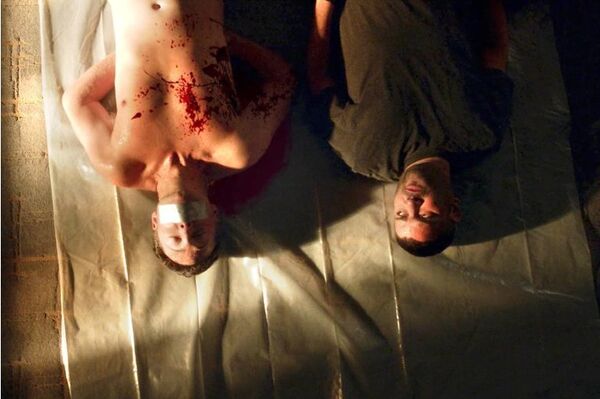 Huck and Quinn lay in wait; they wrap him up in duct tape. Huck is all set to torture Billy to get the Cytron card, but he can't go through with it. Quinn can though. She takes a power drill to Billy's thigh. Blood sprays everywhere. Quinn doesn't seem to mind. In fact, she's almost enjoying it. She gets the info and the team finds the Cytron card. - "White Hat's Back On"

Huck has never tortured someone inside the OPA family before. But that all changed with Quinn, who was bound with duct tape around her entire body. Huck removed the piece covering her mouth so he could begin yanking out her teeth. His work was interrupted by a phone call from Olivia Pope. Her mother is alive. Huck told Liv to ditch her cell phone and meet him at the safe house. Quinn's impromptu dental was put on hold until Huck decided he had time for one quick extraction before he goes. "YOLO, right! You only live once" - "YOLO" 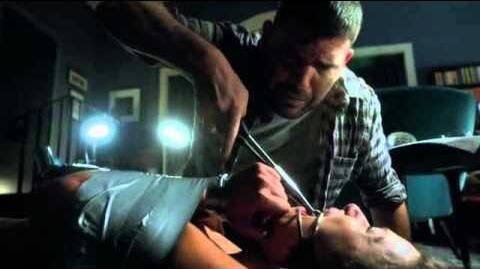 Andrew Nichols kidnapped Olivia Pope in order to start a war with The United States of America and West Angola. Olivia Pope was kept in Pennsylvania with Ian Woods, Gus and their associates. Fitz Grant tells Andrew that he wants proof of life or he won't give him the war. A short time later, Olivia is forced to make a video with a scripted message saying that the president must start a war with West Angola or else she dies. - "Run"

After Olivia Pope has been kidnapped and due to her connection with Andrew Nichols Huck goes to visit Elizabeth at her house - with his tools - and threatens to snap her daughter, Jane North's, neck if she doesn't help get Olivia home safely. Huck gave her 24 hours. She tried but couldn't get Andrew to cave, so Huck returned the following night and tortured Elizabeth. - "Where's the Black Lady?"

Mellie tells Elizabeth North she needs to do something about Andrew "He needs to be shut down, shut up, rendered mute". So, Elizabeth went to OPA and asked Huck to kill Andrew for her; but Huck says he doesn't murder anyone, but he agrees to hurt him. A couple hours later, Huck has Andrew naked in chair and wrapped up in Saran Wrap, Huck proceeds to inject Andrew with a needle; Andrew later wakes up in Hospital with a stroke. - "No More Blood" 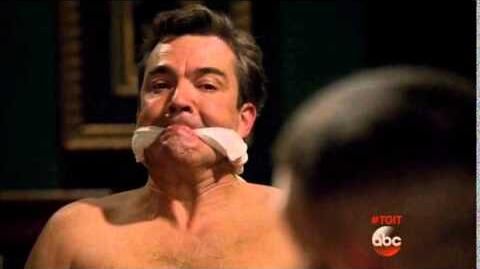 Huck gives Rowan an Underground Railroad from Gettysburger, but he doesn’t spring for the Freedom Fries. It’s a different kind of torture. Rowan doles out a little verbal assault on Huck, who dishes it right back big time. Their confrontation is intense. Huck lays out how Rowan failed as a father and how he knows that he wants to die. This only makes it more pleasurable to keep him alive. - "Baby, It's Cold Outside" 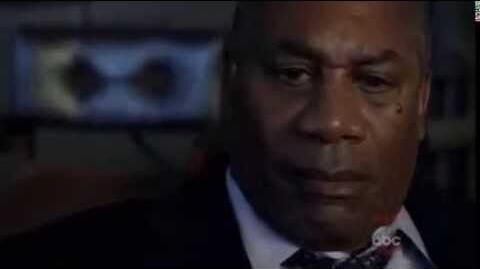 Cyrus Beene pins the hacking of Airforce Two on Charlie, who is then investigated blackmailed and tortured by the FBI; under instruction from Lonnie Mencken. Lonnie tells Charlie that he can make his situation go away if he signs a document claiming that Mellie Grant is the one who set up the plane hijacking then he can go free; Charlie tells them to go to hell.Cyrus then blackmails Quinn Perkins by telling her that if she doesn't make a call in 24hrs Charlie will die. While Charlie is being tortured, David Rosen tells Lonnie that Charlie is innocent but Lonnie doesn't believe him because his own son was shot and killed. Charlie is then pulled back into a room; this time the person sitting opposite him is Jake Ballard. Jake tells him that he isn't there to help him, he's there to get a confession and if he doesn't he'll hurt Quinn. - "The Noise" 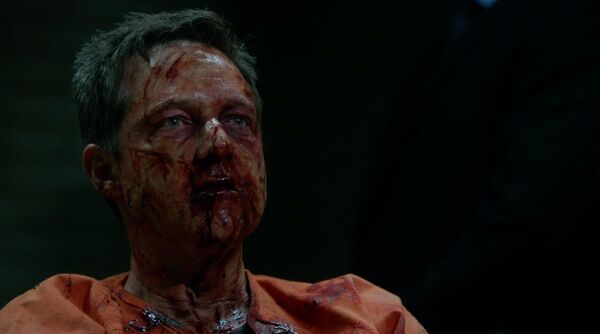