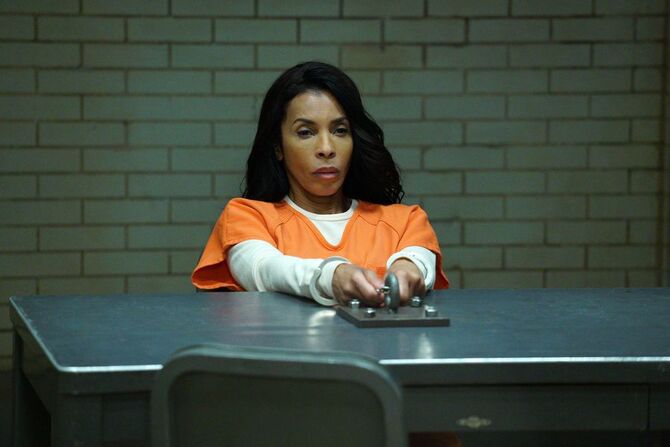 Tick Tock is the fifteenth episode of the sixth season of Scandal, and is the hundred-and-fifth overall.

As the clock ticks down to the inauguration of the first female President of the United States, Olivia takes a big risk to ensure Mellie’s safety.

Fitz is working with Eli Pope, Rosen, Jake, and Olivia to find Maya Lewis. Jake leads the team that is invading Maya Lewis hideout. He discovers her plans and they realize that she is here to assassinate Mellie Grant. Olivia tells Mellie about Maya and how they might have to change her inauguration ceremony.

Charlie, Huck, and Quinn Perkins are helping out with the case. Jake and his team catch Maya while she's in a hotel room with a secret service agent. They bring her to a secure location and shut her in a box. She accuses Eli telling him that this must be his plan. Olivia goes to visit Quinn and hires them to help out. Maya finally begins to break and Eli goes in to talk with her. Maya denies knowing whats going on. She claims that she'd never do something to hurt Olivia. He asks if he told Theodore Peus about Sandra Potter. She tells him that she loved him and that he deserved to be loved. He tells her that Ocean City was the best vacation as he leaves. 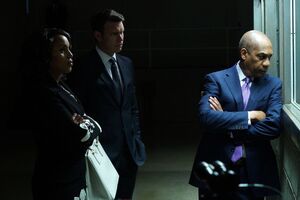 Mellie is three days away from her inauguration. Quinn, Huck, and Charlie can't find anything on Maya. They call Abby for help since she is the only living person who worked with Peus and Samantha Ruland. She brings them information that they need and she asks to help. Eli is standing next to his completed dinosaur when Olivia arrives. Olivia tells him that Maya will say anything to get under his skin. She says that he believes Maya but he says it doesn't matter. She tells him to go home and get some rest.

Mellie goes to visit Fitz. She tells him what Olivia told her. Fitz says he knows and that if he were in this situation he'd cancel the inauguration. Mellie says that she's been looking forward to this all her life. He tells her that he'd cancel because he knows what its like to get shot. He says that it's not up to him though it's up to her to decide. OPA follows the money but it leads them to another dead end. Charlie accuses Quinn of changing since she's now the boss. Abby tells them that they need to look at who is getting money. Huck goes to Olivia's house to tell her that the money led to Maya. That she's the assassin.

Olivia goes to visit Maya. She tries to play her but Maya sees through her ruse. Olivia asks her to tell her what she knows. She goes as far to grab Maya by the throat but Jake comes in and pulls her off. Maya says that it's okay that she understands. Jake talks to Fitz and Mellie telling them about Olivia attacking Maya. Mellie goes out onto the balcony to talk to Olivia. Olivia apologizes to Mellie telling her that she failed, that she lost control. Mellie says that they can't give up because if they give up then they have to cancel the inauguration. That this moment is not just for Mellie but for all women out there. Mellie says she won't do it. She won't let those women down. 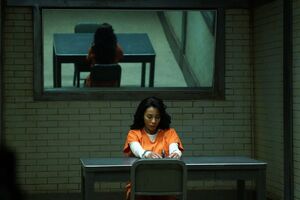 Olivia tells Fitz and David that they are going to let her mother go. That they are going to track her and that she is going to lead them to whoever hired her. Fitz is against it because he knows that she'll play us. He says that he'll hold off pressing charges but that he isn't letting her go. Jake helps Olivia let Maya go. They put a tracking device on her so that they can follow her. Abby is leaving OPA when Quinn asks her to wait. Quinn tells her that she is pregnant. She says she doesn't know if she's keeping the baby. She says that people like her and Charlie are dangerous and how can she be a parent. Quinn thanks Abby for all her help today.

Eli visits Olivia and asks her what she's done. He tells her that Mellie is going to die and it's going to be her fault. Eli goes to talk to Fitz about Olivia letting her go. He petitions for him to reinstate B613. Mellie and Olivia talk about letting Maya go. Olivia asks her if she trusts her. She says that she made the call and she tells her to believe her when she says that her mother won't fail her. Mellie says okay. 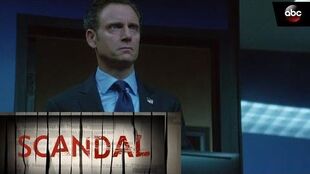 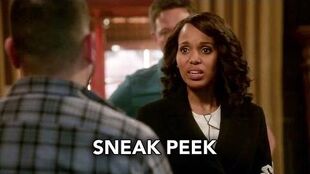 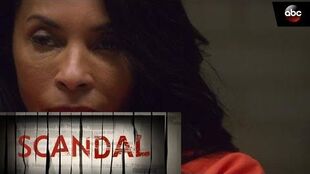 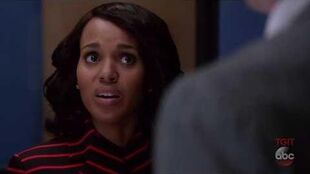 Retrieved from "https://scandal.fandom.com/wiki/Tick_Tock?oldid=70613"
Community content is available under CC-BY-SA unless otherwise noted.