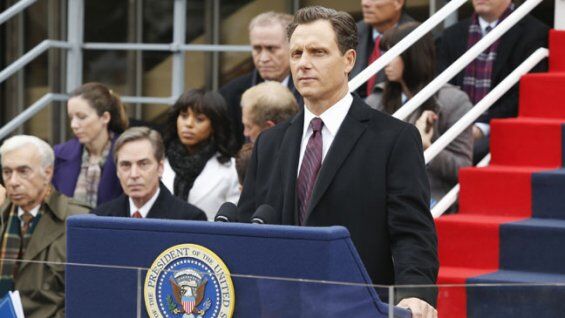 The Presidency of Fitzgerald Grant III began on January 20th 2011, when he became the 44th President of the United States and ended of January 20the 2019. Grants running mate, Senator Sally Langston of Georgia, also took office as Vice President on January 20th 2011. Grant was the Governor of California when he was elected to the presidency, wining against Democratic challenger Governor Samuel Reston of Maryland in the 2010 Presidential Election. Grant is the nineteenth Republican to hold the office.

President Grant began his first term in office on January 20th 2011, his first year in office was a ambitious year for the Grant Administration, the newly elected president set a bold agenda for the and sought a change in the nation's education system, President Grant announced this bold education reform in his first State of the Union address in 2011.

President Grants first year in office was spent tackling major issues that faced the nation at the time, President Grant negotiated a vial immigration Bill that would have allowed the nations DREAMERS to have a better start in life.

During his second year in office, the first scandal of his presidency occurred, where a Former White House staffer called Amanda Tanner, had an affair with President Grant, however the scandal was inaccurate as the voice on the tape of Amanda Tanner and President Grant was actually Olivia Pope and the President. When the tape came out and people thought Amanda Tanner was on the tape, First Lady, Mellie Grant, “admitted” that it was actually her on the tape to cover up the scandal. President Grant had to deal with growing support for the death of Genny Nystrom, a young college student who was murdered by Russian Ambassador, who is protected by Diplomatic Immunity, President Grant faced overwhelming public outrage because he did rescind the Diplomatic Immunity. President Grant also had an assassination attempt on his life on November 29th 2012, this resulted in Vice President Sally Langston assuming the powers and duties of the presidency temporarily. President Grant latter resumed the power and duties of his office and in his third year held his first press conference since his assassination attempt.

The third year of the Grant Administration saw the President announce his reelection campaign as well as deal with foreign policy on a new level. Six Months into his third year in office President Grant was criticised for not doing enough to free the hostages in West Angola, and was saddled by the media for being an ineffective commander in chief, however President Grant was able to free the hostages after sending a seal team in which rescued the captured hostages and returned them back to U.S soil.

President Grant faced relatively no challenge within his own party, however his Vice President Sally Langston did formed a Exploratory committee to run in the 2014 Republican primaries, however she later ran as independent in the 2014 election abandoning the President but did not resign as Vice President.

President Grant announced Governor Andrew Nicholas as his VP pick at a campaign rally. President Grant's campaign saw many scandals and challenges, many thought President Grant was going to lose his bid for a second term when the Washington D.C Cathedral attack occurred a week before the election. Vice President Sally Langston was present at the Cathedral when this attack took place an tended to the wounded and vowed that the U.S government would find those who commited this crime.

The day before the 2014 Election President Grant held a campaign rally where his son had a seizue, Fitzgerald Grant llll was rushed to James Madison hospital and later passed away due to contaction of menightis.

President Grant would go on to win reelection the next day after a surge of support. President Grant was declared the winner when won his homestate of California which gave him the presidency with its 55 electoral votes.

President Fitzgerald Grant lll was sworn into his second term as President of the United States on January 20th 2015. President Grant's first days were during the 2015 White House Shakeup where many of President Grant's cabinet members were dismissed by the President.

President Grant was faced with a number of policy issues over the course of his second term which caused many tensions with other nations around the globe.

In his first State of the Union of his second term, President Grant set out a bold agenda that centered on the issue of Gun Control.

President Grant on the phone
5x07 - David and Cyrus Beene.jpg

President Grant outside Air Force One
Community content is available under CC-BY-SA unless otherwise noted.
Advertisement