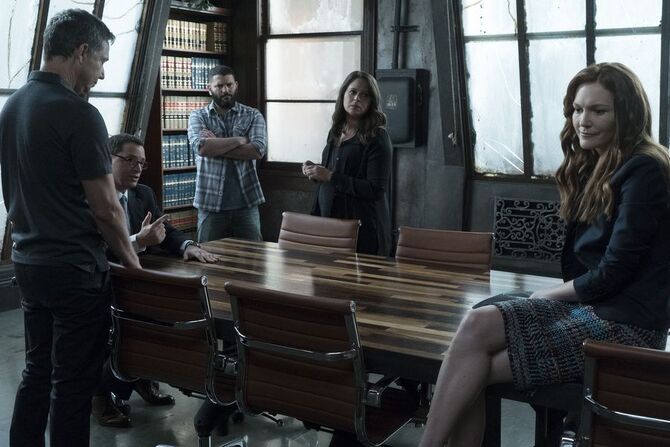 Olivia Pope & Associates (OPA) is a crisis management firm founded by Olivia Pope; it is based on Judy Smith's own real-life firm, Smith & Company.

When Olivia Pope became President Mellie Grant's White House Chief of Staff, she named Quinn Perkins as the new owner of the firm and it was renamed to Quinn Perkins & Associates.

A short-lived associate to the firm was David Rosen; after the team destroyed his job as an AUSA; they took him on as a client and eventually he began helping them; his time there was brief and he had an agenda... to retrieve the Cytron card. But he continues to consult with them from time-to-time.

After Quinn is tricked into betraying the team Huck first tortures her against Olivia's orders. When she returns to the office Huck tells her that she's not a gladiator anymore. Olivia tries to get her back but Quinn threatens to shoot her if she doesn't back off. "YOLO", "A Door Marked Exit", Ride, Sally, Ride", "We Do Not Touch the First Ladies"

Olivia and Abby Scandal 6x09 "What did I tell you?"