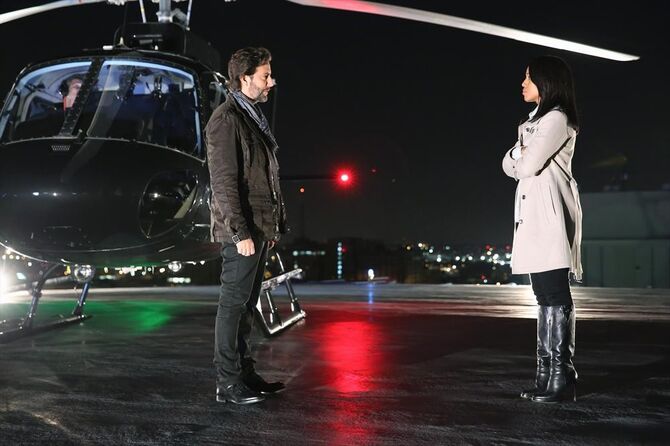 No More Blood is the thirteenth episode of the fourth season of Scandal, and is the sixtieth overall.

Olivia remains one-step ahead of her captures, but she won't be able to keep it up for long. Jake, Huck and Quinn turn to an old friend for help and Fitz is pushed to the limit forcing Cyrus to take matters into his own hands.

When we last saw Olivia Pope, she was about to be sold to Iran. This deal is about to go down when there’s a wrinkle. Olivia plays both sides by claiming each one will kill the other after the exchange. The deal is off. Everyone walks away alive and unhappy. Well, Olivia is pretty happy.

The Director of the CIA tells a room filled with the most powerful people in America that it would be catastrophic if Olivia falls into the wrong hands. The amount of intel she knows could have devastating consequences if accessed by enemies. An extraction effort only has a 30 percent chance of success. None of this matters to Fitz. He wants to continue with the rescue attempt. Cyrus blows a gasket when alone with Fitz in the Oval Office. He quits his job in venomous rant that actually only takes place in his head. In reality, Cyrus tells his boss that he’s making some excellent points. It’s all a lie. Cyrus secretly works with the CIA to neutralize the asset. He lets Abby know that if Olivia is sold in the auction, she will have to die.

Quinn takes a break from drowning her sorrows in liquor once she learns Olivia is okay. Huck listens as Jake tells him that he needs to lock up the beast that lives inside him. That’s something Olivia has always done for him. Huck now needs to do it on his own. He assures Quinn that there will be no more blood even if they lose Olivia. Andrew accepts his amnesty agreement along with the fact that he may never be president. He lets Mellie know that she’ll never get there either thanks to all the secrets he knows about her. This has the First Lady turning to Elizabeth to help her shut down the vice president. This has Elizabeth turning to Huck. She wants Andrew to hurt for his crimes. That’s not something Huck does anymore.

The auction for Olivia starts up again. The bidding is fast and furious. At the end of the run, there’s a tie at $2 billion. The Russians are one of the high bidders. The other is the group at Pope & Associates using Maya’s terrorist name of Marie Wallace. Olivia’s captors ask her advice on who should win. She tells them Marie Wallace. The kidnappers know she said this to avoid going to the other high bidder. The Russians are declared the winners. Abby lets her former gladiator pals know that means the CIA is going to kill Olivia. Cyrus quashes her attempt to relay this info to Fitz as well. As for all of Olivia’s other friends, they spring into action looking for other options. Huck actually does what Elizabeth had asked earlier by going after Andrew. He doesn’t kill him though. Jake turns to Maya who sends him to Rowan, who refuses to help.

The new exchange for Olivia is on. The CIA is ready to launch missiles to annihilate all those at the meet site. Cyrus ignores multiple phone calls from Abby. He orders the military personnel in the room to hold their fire. He wants to camera to zoom in on the buyers. He recognizes one of them. At the meet site, Olivia’s hood is removed. She’s pushed toward the buyers. She recognizes one of them as well. She knows this person well. He used to work for her. He used to be a gladiator. Olivia steps up to her old friend Stephen Finch, who is flanked by a team of armed men. She confirms that the gunmen are with him. Olivia grabs Stephen’s handgun. BANG! She shoots Gus in the leg. Down he goes. Olivia proceeds to kick him repeatedly in the gut. Stephen pulls her away. He assures her that she’s safe now. Olivia asks Stephen to return to Washington with her. That’s not going to happen. Stephen is happy where he is. He thanks Olivia for saving him in the past. He’s happy he was able to return the favor.

Back in DC, Cyrus realizes it was Abby who got hold of Stephen. The two of them agree that the fate of the nation is more important than one individual. Still, it was good that they were able to save this particular individual. In other news, reports surface that the vice president has suffered a stroke. He’s completely incapacitated thanks to Huck’s work. Mellie pays him a visit to let him know that he brought this on himself. Olivia is debriefed by the CIA. She’s asked if she ever revealed any secrets. The answer is no. Olivia trembles as she recalls her time with Ian. She remembers telling him that the President of the United States will never stop looking for her. Back home, Olivia is ushered into her place by her friends. Huck gives her a hug. As he returns her ring, he says he’s really glad no one hacked her into pieces. Olivia locks the front door once her team leaves. Then she unlocks it. She has another visitor.

Fitz steps into Olivia’s apartment. He had to see for himself that she was safe. He wants to know if she was hurt. Olivia assures him that she wasn’t raped. She learned that there are worse things than that. Olivia and Fitz get into a shouting match about everything they’ve done for each other. Go to war…fixing elections…and more. Olivia screams at Fitz for failing to do what she put him in office for. He didn’t save her. She’s on her own. Olivia opens her front door. Fitz has no choice but to silently exit 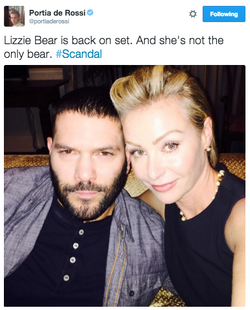 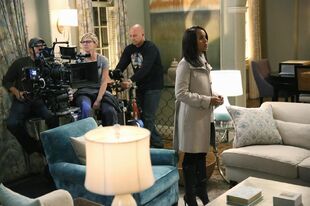 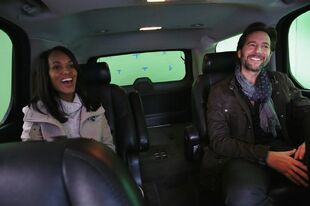 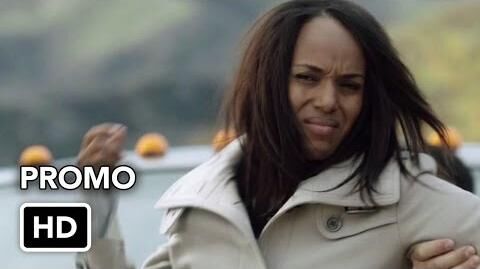 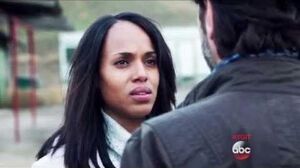 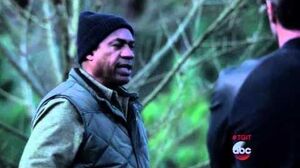 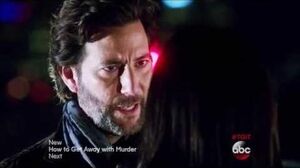 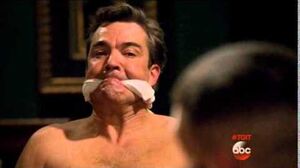 Andrew gets the Huck treatment.
Add a photo to this gallery

Retrieved from "https://scandal.fandom.com/wiki/No_More_Blood?oldid=68732"
Community content is available under CC-BY-SA unless otherwise noted.