Marcus Walker is the First Gentleman of the United States, a civil rights activist and associate (former client) of Olivia Pope & Associates.

Later, he was hired to OPA by Quinn when Olivia was busy with the White House and they needed someone. He quit the job when he got employed by The White House as the White House Press Secretary. He now works for Fitz Grant at The Fitzgerald Grant Institute and is also a United States Senator

Marcus Walker is the Director of Communications at The White House. Prior to his gig at the Oval he was the newest gladiator at Olivia Pope & Associates. Starting out as a neighborhood activist, Marcus has his own way of handling things and will fight for his beliefs as long as his hands are able to hold a megaphone. He can easily be seen as the moral compass for the OPA gang. But don't be fooled, in true Scandal fashion, he made headlines of his own when he admitted to having an affair with the mayor's wife. What sets him apart? He's a champion for the truth.[1]

When Clarence Parker's son was shot killed in Washington, Activist Marcus was one of the first people on the crime scene. He initially refused to help Olivia Pope because he was there to support his friend Clarence. ("The Lawn Chair")

Marcus called Olivia Pope, when he tried to save the Mayor Wife's life. OPA arrived at the scene with Marcus covered in blood and the Mayor's Wife dead on the bed. ("I'm Just a Bill")

Quinn offers him a job in the middle of the familiar “gladiator in a suit” speech she once received by Harrison. Marcus turned down the offer, but he accepted it eventually.

At first, he was kind of lost it in OPA because Quinn and Huck always "reject" him at work. Huck told him that he was more of an office guy and shouldn't go to outside work situations. Actually, Huck was just protecting Marcus because he's a "normal" person unlike him and Quinn.He often found himself in situations where Huck, Quinn or Olivia ignore him at work. Later they let him in and started working closer together. When OPA is running Mellie's campaign, Olivia made Marcus to go to Los Angeles with Mellie so that Mellie can be on "Jimmy Kimmel" to keep in touch with American people. Marcus took Mellie to Los Angeles and helped her get ready for the show. Marcus first disliked Mellie because he thinks she is mean, privileged, annoying and whiny but they eventually get along. Marcus even "lectured" Mellie how to be someone who is likable to people. Marcus advised her through the problems and Mellie listened. They began to develop feelings for each other while working together.

Marcus and Mellie started to have a secret love affair while working closely together. When Olivia found out about his relationship with Mellie, she asked Abby as a favor to offer Marcus a job at the White House in order to break him up with Mellie. Marcus was then hired as the White House Press Secretary. While he was working at the White House, he also sometimes came and helped at the OPA. When Mellie became President, she offered him the Communication Director job that he turned down because Fitz has already offered him a position to run his foundation. 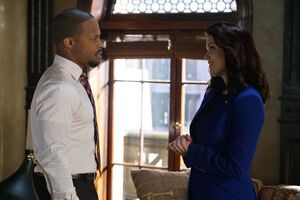 Marcus disliked Mellie at first because he thinks she is mean, privileged, annoying and whiny. When they got to work together, they eventually get along. While working together closely, they began to develop feelings for each other. They first tried to ignore the feelings they have for each other due to their work circumstances but it didn't work out and they started having a secret love affair. When Olivia found out about that, she decided to break them apart because there would be consequences if the public knew about the love affair. Olivia asked Abby as a favor to offer Marcus a job at the White House in order to break him up with Mellie. Marcus then got the Press Secretary job at the White House. When he got the job, Mellie mistaken him that he chose the job over her and that he only slept with her to the higher job. But he told her he chose her and he would choose her, all she has to do is choose him. 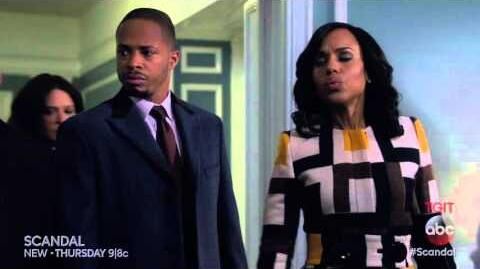 Retrieved from "https://scandal.fandom.com/wiki/Marcus_Walker?oldid=71867"
Community content is available under CC-BY-SA unless otherwise noted.