Icarus is the sixth episode of the third season of Scandal, and is the thirty-fifth overall.

Olivia must make a very important decision that will affect all of her relationships in the White House, and Harrison’s allegiance to the Gladiators is tested. Meanwhile, the team continues to prep Josie Marcus while Cyrus and Mellie plot against her.

Olivia recalls the day her mother left for a plane trip overseas. She had no idea it would be the last time she would ever see her. Jake and Huck keep Liv’s fellow gladiators at bay as she tries to process the information they recently shared with her. There are likely only two people who know for sure whether or not her mother’s plane was intentionally brought down in a crash that killed hundreds. One of those people is her father (Eli Pope), who tends to kill people once too many questions start being asked. The other is a former Navy pilot. So, Olivia heads off to The White House. She has questions for the President of the United States.

Mellie, Cyrus and Fitz think Olivia is there to accept the job to help them win the next election. That’s not the case at all. Liv requests some private time with Fitz. She flat-out asks him if he flew air support for Operation Remington or was he somewhere else. Fitz "doesn’t know what she’s talking about." At least, that’s what he has to say as Commander-in-Chief. Olivia stares at him for a long beat before telling the president that she can’t work for him. Fitz later tells Cyrus that she knows about Remington; while Mellie remains in the dark and furious at Fitz because she begged his "whore" to run the reelction campaign and he failed to get her to accept.

Olivia lets the team know they are taking Congresswoman Josie Marcus on as a client. Everyone is pleasantly surprised. They need to go after big money supporters to start a national ad campaign. Josie is impressive when she meets all the fat cats, but none of them think she can actually win. She has an image problem. Olivia sets up an interview with James. After hours, Olivia gets drunk on wine - red of course - and calls her dad. Eli (aka Rowan) will answer one question for her. He says he didn’t give the order to shoot down her mother’s plane. He also says that he loved his wife.

Olivia asks Jake to get more proof on the president’s involvement in her mother’s death. She wants him to be careful. After all, he’s going after the most powerful man on the planet. What could go wrong? Rowan could go after him, that’s what. He’ll take care of Jake while he orders Cyrus to deal with Josie Marcus. A scary looking fellow happens to be in the diner where Jake asks an old acquaintance - Kate - to get the cockpit recording from the flight that went down. As for Cyrus, he makes a not-so-subtle threat to Harrison mentioning someone named Adnan Salif - a criminal who applied for a Visa to come to the United States - in order to get him to convince Liv to drop Josie pronto.

Olivia thinks Josie is too nice. She wants her to show her claws. Those claws come out in the form of a temper when she yells at Liv for trying to make her into something she’s not. In other news, Cyrus wants James to ask Josie Marcus about the baby she gave away during his big interview with her. That may or may not be on his agenda. Just before the big sit-down, Olivia shows a demeaning ad that’s being put out by the Reston camp. Josie is visibly shaken moments before she goes on the air. Then it’s show time!

James kicks off the interview by offering a few pleasantries. Josie offers none back. She’s ticked because of how people like Governor Reston, as well as James and his producers, treat her in such a subtly sexist way. Josie goes off on a Cyrus Beene-worthy rant that has Candy cringing, but Olivia and Abby are soaking it all in. James can’t get a word in edgewise. After the interview, all those fat cats change their tune. The money starts rolling in. Candy realizes the video Olivia and Abby showed her sister/mother was a fake. It was used to motivate Josie. She wonders if there’s any line they won’t cross.

Leo Bergen wonders if Sally Langston’s main man, Daniel Douglas will be an asset or a liability during the vice president’s plan to build voter support before she resigns. She’ll quietly make her case for a Langston ticket for the presidency under the guise of doing her current job. Cyrus takes the bait. Sally is invited to dinner at the White House. Sally is not pleased to see Daniel flirting with Mellie. Later, she meets with a powerful preacher to ask for his support as she runs for president. As it turns out, the guy was a plant by Cyrus, who was hip to Sally’s game all along. Mellie suggests they use Daniel Douglas’s wandering eye to their advantage.

Quinn takes her new gun out for a test drive. She gets some tips from an unexpected visitor at the shooting range in Charlie. Moments later, she’s nailing the target like a pro. Quinn later asks Huck if anyone who gets out of B-613 is normal. She doesn’t get an answer. She goes back to Charlie for more shooting tips. This is all part of Rowan’s plan. In other news, Harrison asks Huck for a favor. He needs for him to make it so Adnan Salif cannot get back into the country. If that were to happen, Harrison says he would be a dead man.

When Jake gets word that his friend has the information he requested, he meets her at an isolated area. The scary-looking man from the diner lurks in the shadows. He approaches with gun in hand as the exchange of information takes place. Scary guy shoots. Kate is dead. Jake is ordered to check her bag. There’s a loaded gun inside. Scary guy says, “You’re welcome.” Jake learns that Fitz put a security detail on him when he found out that B-613 wants him dead. He wants to know about the mission. Fitz can’t help him anymore. Jake is on his own.

Harrison meets with Cyrus to let him know that he can’t do what’s being asked of him. He won’t go against Olivia, especially since it’s been so long since she’s been inspired. He takes the pen that was offered to him as a souvenir from this White House visit. After he leaves, Cyrus puts the wheels in motion to get Adnan Salif a brand new visa.

Fitz shows up at Olivia’s place to let her know that she could come on the campaign trail with him. He says there’s nothing she could do that he wouldn’t forgive. He wonders why she can’t do the same for him. Olivia wants him to answer her questions from before. She tells him about the passenger plane that went down. She tells him her mother was on the flight. Fitz says, once again, that he doesn’t know what she’s talking about. Olivia lets him know she was 12 when her mom died as she shows him the front door.

Cyrus referring to what "Icarus" means:

Abby to Candace about campaign money:

Mellie ranting to Fitz about Olivia turning down their offer to run his campaign: 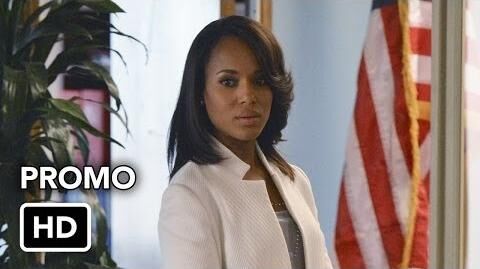 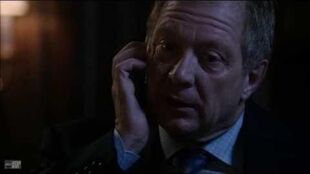 Scandal 3x6 Cyrus talks to the minister and to Mellie 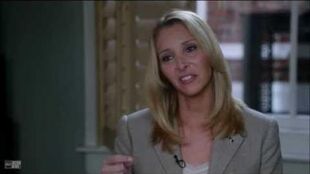 Retrieved from "https://scandal.fandom.com/wiki/Icarus?oldid=71154"
Community content is available under CC-BY-SA unless otherwise noted.