Start a Wiki
watch 01:49
Scandal: Eli Pope(Rowan)
Do you like this video? 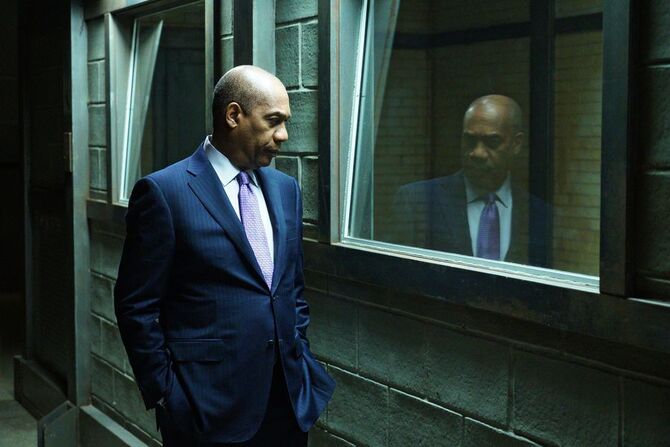 "You think the world is terrible with me in it. Wait 'til you see what it's like without me". - Rowan to Olivia Pope ("The Last Supper")

Eli Pope also known as Rowan is Olivia Pope's father. He was also the commanding officer for the CIA division of B613 until the former president, Fitz Grant, fired him and replaced him with Jake Ballard. After a brief absence, he regained his post as Command and took it back from Jake. He stayed as Command of B613 until Olivia and her team took down the organization and put him in jail.

When he first started working in the intelligence field, back when Olivia was younger, his cover was being a Curator of antiquities at the Smithsonian. He went to Princeton and graduated in 1967 just prior to being recruited by the CIA.

His plan is to keep Olivia Pope & Fitz Grant apart from each other. He sent Jake Ballard to gain Olivia's trust and spark a relationship with her; he also instructed Jake to sleep with her. He wants Cyrus Beene to show the tape of Jake and Olivia making love to Fitz in order to keep Fitz away from Olivia. His intentions and true identity are unknown until his Olivia walks out of her apartment building into a media circus questioning her about being Fitz's mistress; his men pull her into a limousine where he awaits; Olivia responds... "Dad"!

He then decided to send Olivia into hiding to protect her but as she's about to get on the plane she's convinced to stay by Cyrus. Rowan then shows Cyrus Beene the real Remington file. After Olivia finds out that her mom, Maya Lewis, is a major crime lord, She turns to Rowan realizing he knew all along that her mother was not who Olivia thought. He helps them for a while and he even brings in Olivia's mother who stabs him in the chest multiple times. He makes a quick recovery after. Shortly after getting out of the hospital, he forces Harrison Wright to give him all information on Adnan Salif and Harrison does. A couple of days after, he calls Harrison to his office and reveals to him that he had Tom kill Jerry Grant Jr. because Fitz Grant "took his child so I can take his". 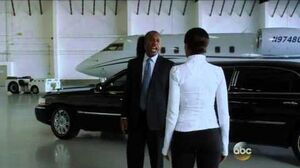 Olivia & Rowan "You have to be twice as good as them to get half of what they have!" 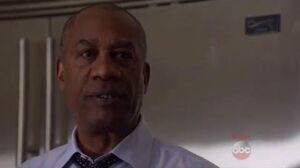 Retrieved from "https://scandal.fandom.com/wiki/Eli_Pope?oldid=70405"
Community content is available under CC-BY-SA unless otherwise noted.