View source
watch 01:22
Who is Cyrus Beene?
Do you like this video?
Play Sound

The White House's Chief of Staff

Cyrus Beene is an American politician who served as the 51st Vice President of The United States of America under President Mellie Grant. Before that, he was the Chief of Staff of former President Fitz Grant until he was replaced with Abby Whelan. He was married to James Novak until his death and to Michael Ambruso, who has the custody of Ella Beene.

Cyrus Beene was a political animal from day one. He lives, breathes, and sleeps D.C. politics. A true believer in the promise of America and the political process, nothing is off limits to this patriot in protecting the White House.[1]

Cyrus was offered the chance to run Harvard University but turned it down to work with Fitz. He is the first gay Chief of Staff. He started the series being married to James Novak, together they have a daughter, Ella. Cyrus gave James a child to get him to stop looking into Defiance. (One For the Dog)

Cyrus eventually admits the truth about election rigging to James, putting their relationship on the rocks to the point where Cyrus was kicked out of their house and living in a hotel for almost a month. (Molly, You in Danger, Girl)

After months and months of dealing with many political issues for Fitz as well as martial problems with James Cyrus has a health scare. Rowan Pope pays Cyrus visit outside The White House; Cyrus gets a phone call from Olivia that puts him into a panic; which results in him having a heart attack. (White Hat's Back On)

It is unclear when he and Cyrus begin their affair but they are not in love. Cyrus uses Tom to do his bidding by manipulating him with promises of them being together.

Word of St Thomas (Jeff Perry): Cyrus does love Tom, even after events of Season Six, Episode 4 (The Belt) (said in interview).  Tom is canonically in love with Cyrus.

Cyrus does not get Tom to do his bidding by promising that they will be together. Tom initially does what Cyrus asks because he works for him, then because he loves him. 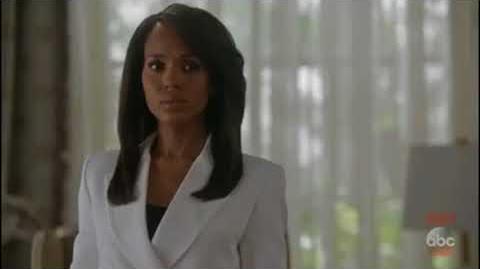