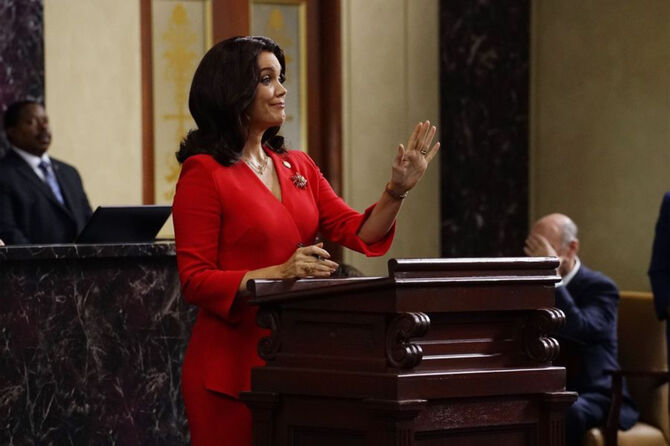 Baby, It's Cold Outside

Baby, It's Cold Outside is the ninth episode and mid-season finale of the fifth season of Scandal, and is the seventy-eighth overall.

Olivia is feeling more and more frustrated as she takes on “First Lady” type responsibilities at the White House. Meanwhile, Mellie proves just how powerful she can be and Jake and Huck continue the hunt for Rowan.

America is falling for Olivia Pope. Yes, the country is accepting her relationship with the president. Olivia, however, seems to be having trouble with it. Things are certainly getting done politically, but that’s primarily because Liv has taken on the role of a trophy wife. More on that later. Marcus is busy decorating the OPA office for the holidays. Quinn tries to explain that gladiators don’t do Christmas. She’s actually feeling a little lonely this holiday season right up until the moment Charlie shows up at her door with a Christmas tree. It’s stolen, but still sweet. 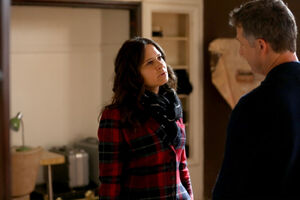 David is impolitely rejected by Elizabeth when he tries to give her a beautiful bracelet as a holiday gift. So he gives it to Susan Ross, who is obviously smitten with her wine cooler drinking buddy. Elizabeth later sees the bracelet on the veep’s wrist. Surprisingly, this is a little unsettling for her. Huck gives Rowan an Underground Railroad from Gettysburger, but he doesn’t spring for the Freedom Fries. It’s a different kind of torture. Rowan doles out a little verbal assault on Huck, who dishes it right back big time. Their confrontation is intense. Huck lays out how Rowan failed as a father and how he knows that he wants to die. This only makes it more pleasurable to keep him alive.

Mellie can’t, in good faith, vote for a Planned Parenthood bill with discretionary funding. So she decides to do a little filibustering. She can’t leave the podium to eat or go to the bathroom. After many hours of rambling, Mellie’s bladder becomes her worst enemy. Thankfully, Susan Ross pops by to ask a lengthy question. This gives the junior senator from Virginia the opening she needs to go wee-wee-wee all the way to the bathroom. After Mellie takes care of business, she realizes who was behind her fortuitous bathroom break. It was Olivia, who gives her the inspiration to press on. Mellie takes to the floor once more. She thanks all of those who stuck with her. Mellie Grant wins the day and becomes a hit with the people. As for Olivia, she misses an important dinner at the White House. Instead, she goes to a facility to undergo a medical procedure.

Jake tails former Secret Service/B613 man Tom to learn that he’s in cahoots with Liv’s former fling/B613 man, Russell, who is behind the initiation of Lazarus 1. Jake knows Russell is the one who killed Elise. So he shoots him in the head. Jake later confronts Rowan, who was dropped off at his home by Huck. He knows he wasn’t behind Lazarus 1. Rowan welcomes Jake home as the two of them head inside. 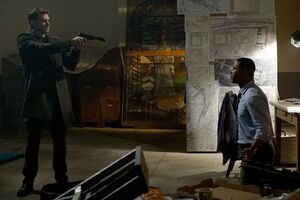 Fitz is furious that Olivia didn’t make it to the big dinner. He accuses her of running. The two of them have a big, blowout fight. The subject of manipulation and ineffectualness are just some of the highlights. Olivia cries that there is no Vermont or jam or future for them anymore. They never had time to adjust. They never had a chance. The two of them share some of Mellie’s hidden hooch. A disheartened Fitz hates that Olivia is always right. As does she. Olivia moves out of the White House. She has a brand new sofa delivered to her apartment. She takes a seat and enjoys a glass of wine. Snowflakes can be seen outside her window. Olivia watches them fall with a content look on her face. She’s obviously happy to be home for Christmas.

All I see is a happy holiday, our charm defence is working, poll numbers are up and america is starting to fall for Olivia Pope.

"What was worse for you, Fitz? When I let my father go, or when I asked you not to kill him? Do I owe you now, Fitz? Do I get to show how worthy I am of your sacrifices now, Fitz? Do I get to talk to wives at cocktail parties for you? Trade recipes for you? Plan dinners for you? Live in this cage for you, and not breathe for you!? Tell me, what must I do to prove I am forever indebted to you for saving my father's life?! Be your housewife? Your girlfriend? Your property?! You stand there, and you think about what I have been doing... and about everything I have ever told you.. and you tell me who wouldn't run." 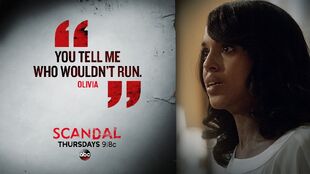 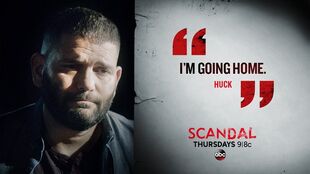 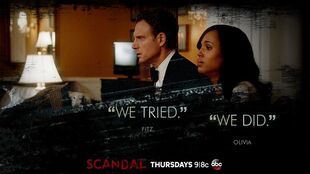 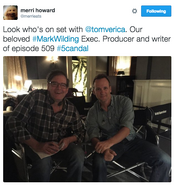 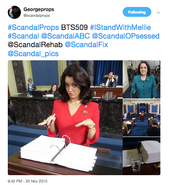 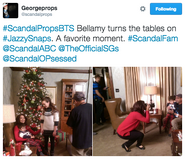 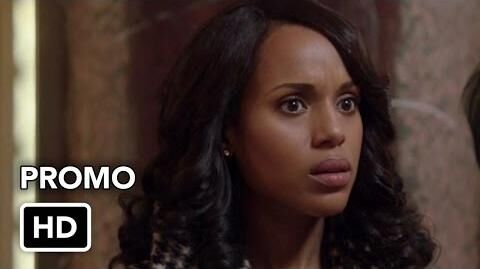 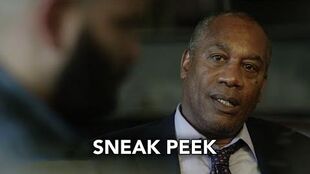 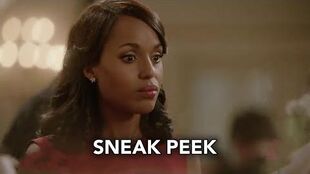 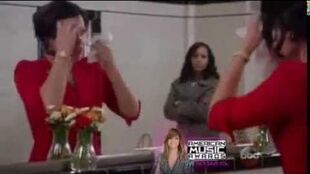 Scandal 5x09 Olivia Mellie ''YOUR the biggest bitch I know, YOU can do this'' 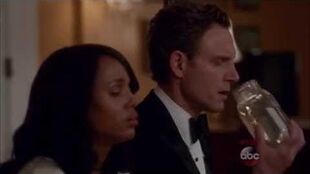 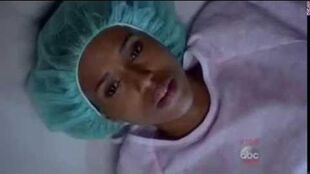 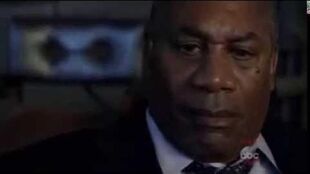 Scandal 5x09 Huck Rowan '' Which white boy do you prefer being inside your daughter Jake or Fitz?''
Add a photo to this gallery

Retrieved from "https://scandal.fandom.com/wiki/Baby,_It%27s_Cold_Outside?oldid=70620"
Community content is available under CC-BY-SA unless otherwise noted.