Abby Whelan is President Fitzgerald Grant's Chief of Staff at The White House. Outspoken, indomitable and always willing to spar, Abby takes her work seriously and never suffers fools. As the mouthpiece of the most powerful house in the nation, she often has to deal with rowdy press and a stubborn president. But as an original Olivia Pope & Associates gladiator, she definitely knows how to handle the heat. As Olivia's oldest friend, she tries to remain the voice of reason when scandals run through D.C.—which is pretty darn often. [1]

Abby was married for 4 years to Charles Putney, the youngest son of former Virginia Governor James Putney. This was apparently an arranged political marriage.  She left him when he beat her in a drunken rage. When he fractured three of her ribs, broke her jaw and threw her out into the snow in her nightgown, Olivia Pope took a tire iron to his knee cap. She then got Abby the best divorce attorney in the state and got her out of that marriage (Enemy of the State).

She stayed with Olivia after her divorce and while Olivia was campaigning during the Presidential election. She likes to bake things to preoccupy her mind. She is an attorney, but works as an investigator for Olivia Pope & Associates (OPA). She got involved with David Rosen, an Assistant U.S. Attorney, who was investigating Olivia Pope. At that time, she helped him with his investigation. Olivia did not want her to help David get closer to the truth, so she had Harrison Wright plant false information that David beat his ex-girlfriend to break Abby and David up. As David Rosen got closer and closer to exposing the truth about Defiance, Abby assisted in covering up the election rigging scandal by breaking into David's safe at home and stealing the voter machine memory card that would prove David's case. As a result, David's case against the Defiance conspirators fell apart and he lost his job as an AUSA. David and Abby have been having a no strings attached - sex only - relationship, although David said that he wouldn't want a relationship with someone he couldn't trust. Abby continues to lie about stealing the voting machine memory card. But the truth soon comes to light and she confesses to David what she did. (Any Questions?)

Abby is very opinionated, whether it is about her colleagues or their clients, she tends to speak up about it. Her personality comes in handy with her job. She uses her investigating skills along with her sass to get into crimes scenes where she's not welcome.

Abby was married to Charles Putney for four years but she left him because he was abusive. Olivia later helped Abby file for divorce.

Many years later during Abby's time as Press Secretary, she must face Charles again- only this time he is married again and running for Susan Ross' seat as the Junior Senator of Virginia. While at first Abby was overwhelmed with the fact that her former abuser would once again be in her life if he won the election, she was able to finally stand up to Charles when she has a run-in with him in a parking lot. And with the help of his campaign manager Leo Bergen, Abby is assured that he will not win the election therefore she will not have to work with him in the near future.

Abby and David's relationship sparked up when David was on a witch hunt out to get Olivia. He hit on Abby in bar and surprise, surprise hours later they were in bed together. Abby and David continued to have a sexual relationship but things started to get serious when Abby discovered what David was really up to, when she saw his infamous wall. At the time Abby was already suspicious of Olivia so she was more than happy to assist David with his investigation. Their relationship started to get more serious, David even offered Abby a drawer to put some clothes in; but not too long after that she learned that David had a past of beating a girlfriend - which was false of course, the work of Olivia & Harrison. Distraught she broke it off with David. After learning Olivia faked the accusations of David beating his ex-girlfriend, Abby reunites with David. However, when Abby steals the memory card and prevents David from being able to prove voter fraud in Defiance, Ohio, David ends things with Abby again.

Shortly after their breakup, Abby and David reconcile their sexual relationship and eventually begin dating again after David makes it clear that he does not want to "play games". As their romantic relationship gets serious in season three, so does their professional one, as Abby and David continue to work together to use his connections to help OPA on a few of their cases. Yet Abby begins to worry again when David once again is stuck trying to uncover conspiracies with James Novak. Abby eventually breaks up with David after watching him prioritize the B613 files over their relationship, especially during a time where Abby needed him the most with Olivia gone and Harrison dead. And while they did end their relationship, they still remained good colleagues and friends.

While they had a strong friendship for a couple years, David begins to show his strong romantic feelings towards Abby again. Initially, Abby rejects him after he tries to hold her hand at a White House event and reminds her of how good they are together. Soon she realizes that David was right and spontaneously kisses him, sparking up their relationship again. At first, David seems distant when he is reminded of how dangerous Abby's career at OPA is and how it would hurt him if he fell in love with her and tragically lost her, again. But after talking to Abby, they realize that no matter what happens, they both want to stay together and have a happy ending.

In the final season, the episode Air Force Two shows a major moment in their relationship. David is assigned to go to a summit in Lisbon. Before embarking on the trip, he tells Abby that he booked a reservation at a very fancy restaurant in DC. While David claims that he did so because they've have gone through so much and deserved a bit of a relaxing night, Abby's concerned that David's real motive is to propose to her. Unfortunately, that wouldn't be their biggest problem of the day, as the plane that David, Cyrus and their crew embark on gets hacked and is headed straight for DC. And while the decision is unclear whether the plane will be shot down in order to save the people in DC, or if it would be saved- both Abby and David are sure that the ending won't be in their favor. While David is on the plane worried both about his seemingly inevitable death and remembering his love for Abby, Abby is back in DC, hopeless about if she would ever see David again and attempting to help in anyway possible until Quinn tells her that there is nothing she can do to help Huck, Quinn and Charlie. Later, she tells Huck about how if David were to propose to her, she would've most likely said "no" which Huck understands is related to how Abby barely survived her horrible marriage when she was a lot younger. Finally when she's back home, she hears a knock on the door and sees that it is David who survived the attack on the plane. Before he can say anything to her, she tells him to propose to her, because after the day they've had she would say yes to marrying him. David interrupts her and says he never intended on proposing to her, because he knows her so well. He knows that because she was in a horrible relationship before that made her lose faith in the idea of marriage, that proposing to her would only mean he'd lose her. In the series finale David was murdered by Cyrus Beene.

Abby first met Leo when she was proxying for Olivia to handle things in the White House. Abby and Leo met again when Leo came into the White House as the campaign manager of Charles Putney, the abusive ex-husband of Abby. After Abby tells Leo about her and Charles’s relationship, Leo ruins Charles Putney's campaign by telling the press that Charles set up the sex video scandal, forcing him to withdraw his candidacy. This leads them to bond and eventually, they started dating. Later, they even lived together. However, due to their work situations, the relationship did not work out.

→ See and enjoy 484 pictures of Abby at Images of Abby. 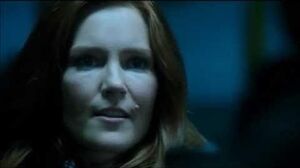 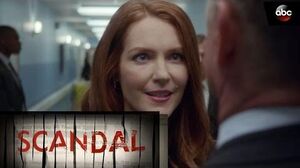