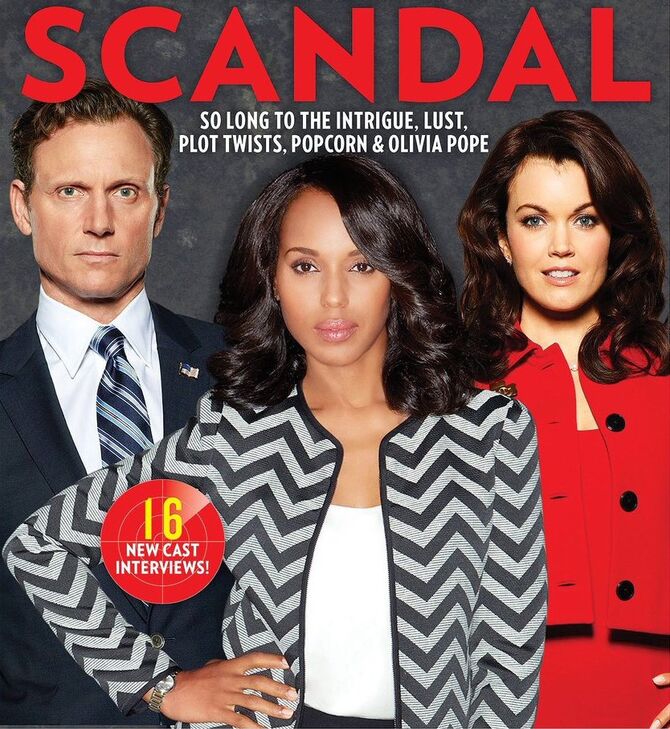 Ahead of the series’ upcoming finale this spring, PEOPLE spoke to the show’s favorite gladiators and power players for a new special magazine edition, All Seven Seasons of Scandal.

After seven seasons of intrigue, lust and plot twists, Olivia Pope and her team of Gladiators are taking their final bow. In this new Special Edition from People, go behind the scenes of the hit show that helped redefine “must-see TV.” From its very first episode, Scandal featured plots ripped from the headlines and the real-life White House, following a powerful D.C. fixer who was able to take every crisis in hand, while handling a . . . complicated affair with the President.

We cover each and every season, the breakout moments, the shocking deaths and more, and pair it with outstanding photography. We track Olivia’s style, provide profiles on all major cast members, and offer 16 new interviews with cast and crew, including Scandal creator Shonda Rhimes, Kerry Washington and Tony Goldwyn. Whether you’ve been a long-time Gladiator or are binge-watching now, PEOPLE Scandal is the perfect companion (as well as wine and popcorn)! - People.com

You can buy this issue from various places including online at:

“Everything about the success of the show was a surprise for me, I remember Oprah telling me, ‘Well I started watching Scandal because it’s all everybody talked about on Thursday night on Twitter'"

“I knew Scandal wasn’t supposed to go on forever — it’s a character’s journey that didn’t feel like an open-ended story,”

“My wig was stuck to the floor because of the fake blood,” — which her mother was on set to see. “It was very strange having my mother watching me get murdered.”