What's on your mind?

I started watching the series after seeing some clips which felt interesting, but disappointment. I hate this series for ssooo many reason. Now I know why it didn't get much popularity.Yes it was an unpredictable plot because the plot was all over the place, so scattered so many plot holes so much stupidity that it was completely unpredictable what stupidity would happen next. Because james died, rosen died, harrison died, Unnecessarily. Also I was sad about jake how he ended up. When I saw the clips I thought fitz was wow and everything but as liv's father said he is a big baby, big spoiled brat throwing a big boy tantrum and everyone saving his ass, he just had a pretty face and looked pretty, he is nothing without the people around him and we can see that by his incidents, one was forged another was a sacrifice. Where else jake was trying to make things right And he and liv was perfect for together, didn't seem forced like hermione and ron of harry potter, a wishful choice. And if liv wasn't so proud of herself, not so immature and didn't have 'I am the queen' attitude james would have been alive. She could have talked to rosen openly and gave him the options so that for almost a year he didn't have to lose his job and then again the cytron came up and through that more people were killed and more messes were created. Liv was the biggest problem. And soooooooo many plot holes, so many stupid mistakes that costed people's lives, innocent lives which really doesn't go with reality or drama. Creating 10s and 100s of problems to solve one. If olivia was just outspoken, trust her associates who can give up their lives for her, listened to jake, fid not ignore huck, kept an eye on quinn and just took a moment calmly piece everything together without throwing the dart blindly then all those deaths, cyrus being a monster, so many problems wouldn't have created. Just, if liv was willing to talk and clear things up she wouldn't be a target nor people would mess up so much again cleaning that mess up and make more mess ups. Cyrus also died, unnecessary reasons. This show seriously disappointed me on so many different level. I had really high hopes seeing the clips but all it was stupid politics (not nasty, because nasty ones are clever), sex, murder, sex, unnecessary emotional and family feuds. So so many things I can go on about and liv can't really keep her knees together can she! 🤦🏼‍♀️🤦🏼‍♀️🤦🏼‍♀️🤦🏼‍♀️🤦🏼‍♀️🤦🏼‍♀️🤦🏼‍♀️🤦🏼‍♀️🤦🏼‍♀️🤦🏼‍♀️🤦🏼‍♀️🤦🏼‍♀️

I loved Quinn and her relationship with Charlie and they deserved everything and the little Robin.

Olivia should have died, she is a horrible person.

Hi all, as your Wiki Manager, I want to make you aware of an upcoming change on Fandom that will affect all its communities, this one included. It's important that everyone is aware and has the opportunity to give feedback and ask questions.

As you may have heard plenty about already, Fandom is getting ready to migrate its wikis to a new Unified Community Platform (UCP for short). You can read more about this in this blog. While the migrations had been paused in order to resolve some critical blockers, the process will resume shortly, and this wiki is set to be ported over shortly.

If you still have questions about what that all entails after reading the blog, don't hesitate to ask them here. I'll be happy to supply you with an answer or find one for you in case I don't know myself.

After the migration happened, you can use this post to leave any and all feedback you may have about UCP as well, so I can relay if back to Fandom, or in case it would be about something that got broken during the migration, help you fix it. I hope we can collaborate on this to make the transition as smoothly as possible!

Ugh I've been binge watching it and the character of Fitz never fails to get under my skin imagine a 'president' who has to be taught, catered for and even rigged to actually get into his position yet he still isn't competent enough to make most decisions by himself and the things he manages to pull off either is not his own ideas or need a push and a pat on the head to carry out his 'duty' (you'd think they're paying him to sleep around, disrespect his wife and throw a tantrum and stalk his mistress)

. Olivia, Mellie and Cyrus run the whole show yet witch such arrogance he's says he is in power and no one made him. He fails to recognise the key role and sacrifice the people around him has made yet he fails to really give a damn about the people of America. What a waste of tax dollars! (lol I'm not American and honestly its fun to vent). He gives himself way too much credit and comes across as high ungrateful.

Also, the audacity of this 'man' to keep shouting and dragging and getting up in the face of his whole BOSS of a wife (despite her actions being highly questionable at times but hey I'd rather that than the leader of a country mopping and chasing after his mistress) is disgusting.

Despite, it all they still baby him like no tommorow " it will crush him if he finds out" *eye roll* I think he needs a nappy change

Just want to take a minute to say how much I love the character of Eli Pope! He is my favorite love to hate TV villian. 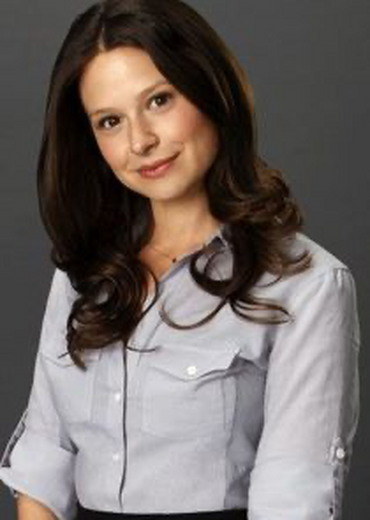 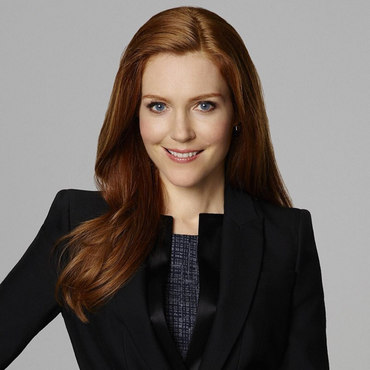 Does anyone else absolutely love the friendship between huck and olivia? I love their relationship so much as friends (I’m at the beginning of season 3)

Hey everyone, I'm MakeShift and I've been assigned to take over as your Wiki Manager for the Scandal Wiki! I'm here to help you guys and act as a sort of "middleman" between the community and full-time Fandom staff, and to make sure we keep everything healthy and in great shape.

While I'm at it, I might also bring up Fandom's latest project, the Unified Community Platform, or UCP. Over the next little while, Fandom will be transitioning over to the UCP, and so I'll be here to help make that process smooth for all of you. In how the UCP affects the general user, the project will seek to make editing and getting around wikis a whole lot easier, so it's nothing but an upgrade in terms of editing and content creation, and a bonafide benefit to everyone. If you're in need of any more information surrounding that, feel free to check out the previously linked blog, or even shoot me a message!

Overall, if you need any help, don't be afraid to swing me a message, and I'll try my best to solve any problems you guys might have!

Hi all! My name is Mandy, and I’m the assigned Fandom Wiki Manager for the Scandal Wiki. I am here to help the community and be a liaison to full-time Fandom staff. If you ever have a question or issue relating to the wiki, editing, etc., please contact me on my message wall.

Additionally, I am happy to inform everyone that Fandom will be upgrading to a more modern version of MediaWiki, the platform that powers your wiki. You can read more about it in this blog post.

Fandom is upgrading to a modern version of MediaWikiCommunity Central
Guidelines